What a crazy weekend. Had a great time overall, learned a lot more and am ready for the next round. Here are my thoughts. I am going to be pretty hard on myself, as I expect a lot more of me. The saving grace of this weekend was having the love of my life finally get to come out to an event with me :) Just having her there made a world of difference.

First things first I hit a wall pretty hard after about 5 practice laps (car was feeling amazing by the way), everything was going great, then I went way off line way to fast and smashed the wall rear end first, then hit the front right tire at almost full lock. I crushed the rear bumper / fender / trunk / taillight,  broke the PBM toe rod in half and bent the front strut where the knuckle meets the coil-over.

Keep in mind that this is my first major wreck in 4 years of driving the car at events, so I was pretty bummed my weekend was over. I limped the car back to the pits to see Brian waiting there with a giant hammer and block of wood. 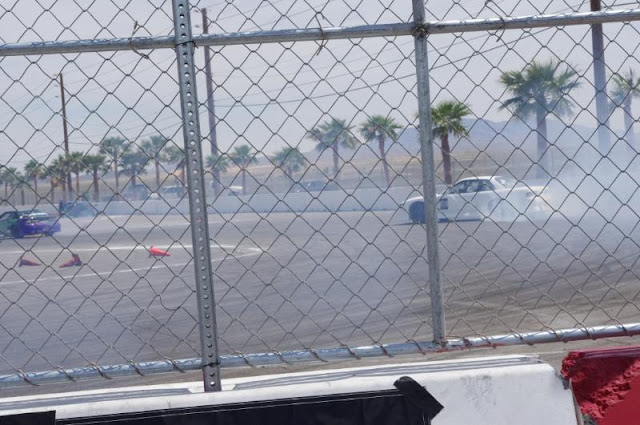 The dude worked a miracle, popped the fender out, bent the strut back into shape, "realigned" the car and off i went... Until the rear wheel rubbed with the slightest input... Back again to see the rear toe rod was broken in half. I had no spares, and went looking through the pits for one. Luckily a very kind Vegas local had just swapped his out for new ones and let me have it.

We slapped it on and off I went with my wall made alignment. The car didn't want to transition, among other things ( to be expected) and right when I was getting the hang of it and laying down runs, it died and wouldn't turn over... Once again I thought the weekend was over. I get a text from Brian telling me to get a ride back with Ben and jump in Jims car and get practice in. I cannot thank Jim enough for letting me use his car, it meant more than most people could understand. He also gave up driving in qualifying to let me have a shot. 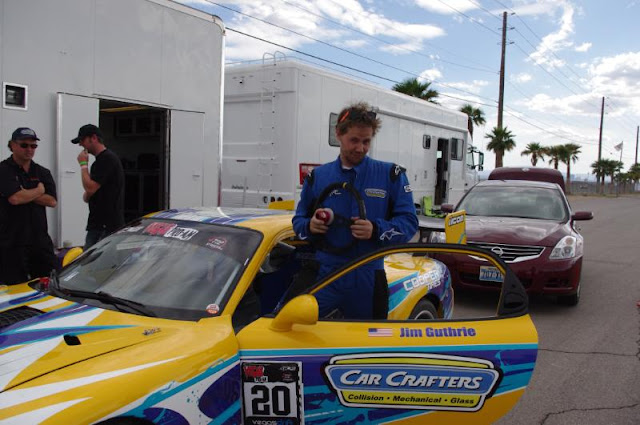 I got 2 practice runs in before qualifying started... Holy smokes 700hp is a lot. I laid down a conservative run to get one in the books. I never went past 3/4 throttle as it had so much power all around.
2nd run I nailed it. Super aggressive entry, hit the clips, then decided to let it eat and floored it right at the end. 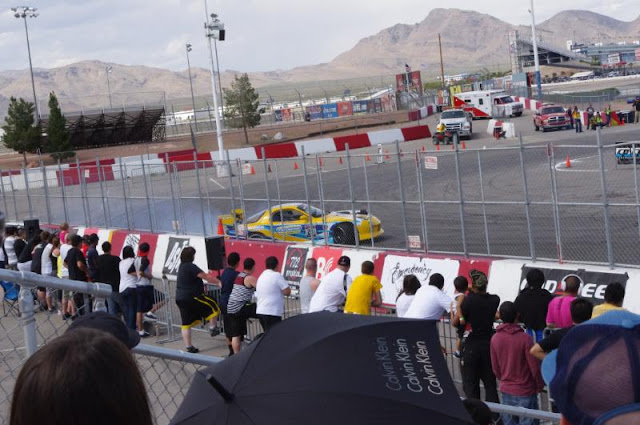 I spun out. Those 700 ponies came on like a freight train. Luckily the previous run was enough to make the show, and I qualified 14th in the top 16. 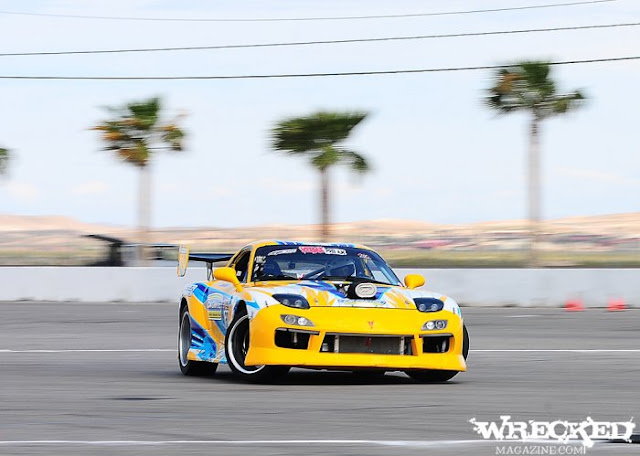 This was also my first time making top 16 at a large drift event. It felt great!!! Since I qualified towards the back of the pack, I was up against the number 2 qualifier, Josh Guild (rad driver by the way). 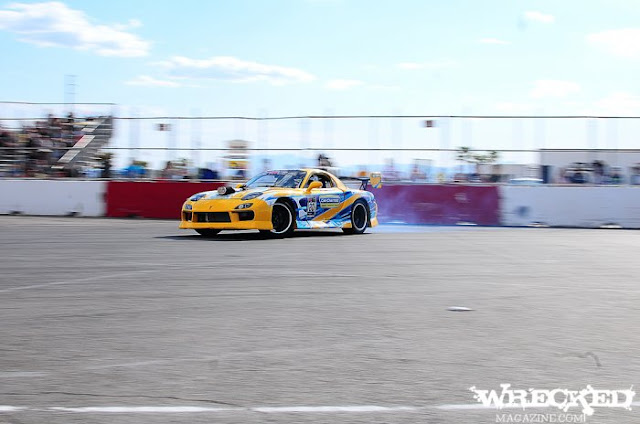 Needless to say, I lack the tandem experience needed (come on NM lets do this) to advance, and got knocked out first round. I got out driven in every way, especially since I had the HP advantage. Well done Josh :)

As stated I learned a ton once again and will be back it it this weekend for top drift round 2.
Posted by Turbo Dan at 6:25 PM