Well, cats out of the bag... Wreck info and pics inside!

For those of you that don't know, I totaled my car by sliding down an 8 foot hill, then completing a full flip rotation at the end, 10 points later, I stuck the landing. Not sure what happened, maybe I over cooked the turn, maybe I suck at drifting, maybe there was a fluid on the road. The end result is still the same, I totalled the white car :( Ernie Vigil snapped these shots. 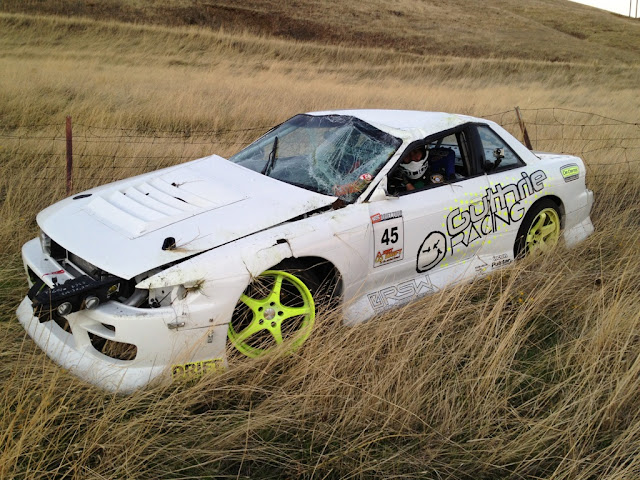 I was out filming with Icon for the upcoming (Friday Jan 13th!) Drift 2 video, and we we had just finished filming, headed back down the hill, and after 150 or so runs up and down it over a period of 3 days, I wanted to take the motorcycle guys (Nick Apex and Ernie Vigil) on a ride. Ernie hopped in and off we went, things were going great until they weren't lol. About half way up, I lost it in a top of 2nd gear turn, slid off the road and down an 8 foot hill. Once the wheels caught, we began our spin, smashed onto the roof, and then landed back over on all fours, on top of a fence. 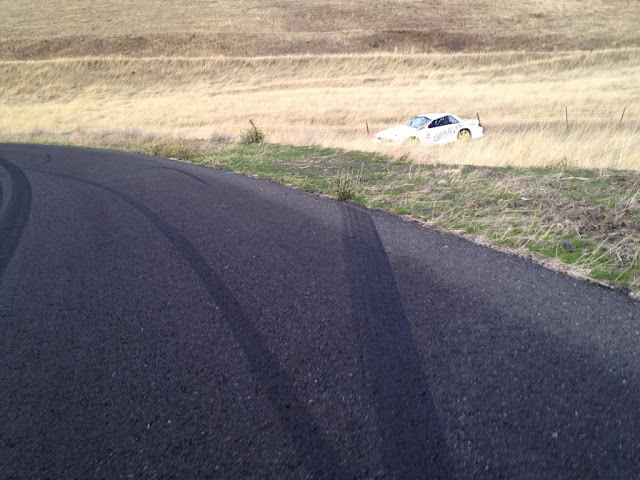 Shaken and sore but overall ok, we walked the walk of shame from the wreck around half way up, to the cars below. About 3/4ths the way down, Nick came scooting up the hill and scooped us up. 3 way on a scooter in the dark after flipping your car seems legit right? We dragged the car down the hill and ernie and I headed back to the hotel to see if we were messed up or concussed. Turns out we were ok thank goodness.

It was definitely one of the most violent things I have been through... And would rather not do it again :)

On a side note, Jim Guthrie let me drive this beast in his place for the filming. He was still hurt from Irwindale, so I was honored to fill in his shoes. Now comes the part i'm not so stoked about... I have to build a new car for the upcoming season. I have another shell stripped down, and just got it to Car Crafters today. Thanks to Brian and Adriens help, we ripped the 5 lug off of it to put on my daily driver gray coupe, and will hound down on her next weekend. 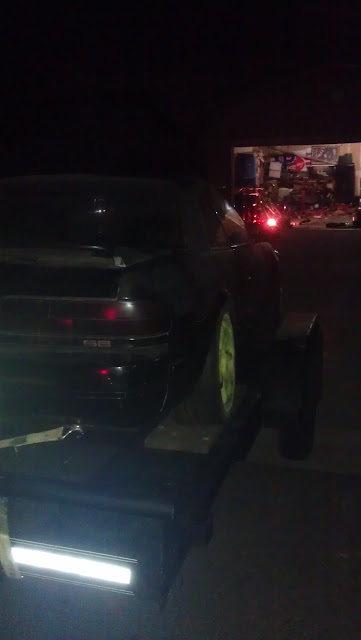 The two coupes Gray Daily and Black pro-am (soon to be): 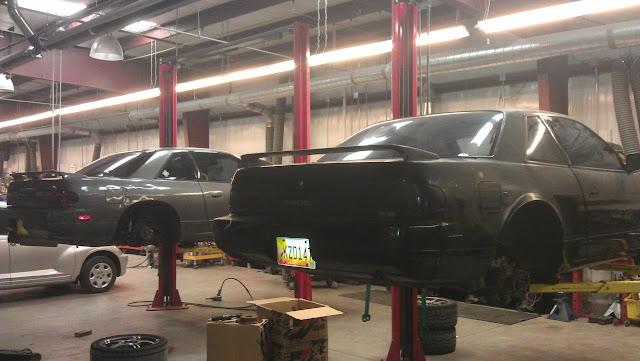 More on that build up to come - Missile deluxe for sure.

Threw the new wheels on the daily s13 - 18x10 xxr 521s. Still need to do some fender pounding and spacers but I like the overal look. 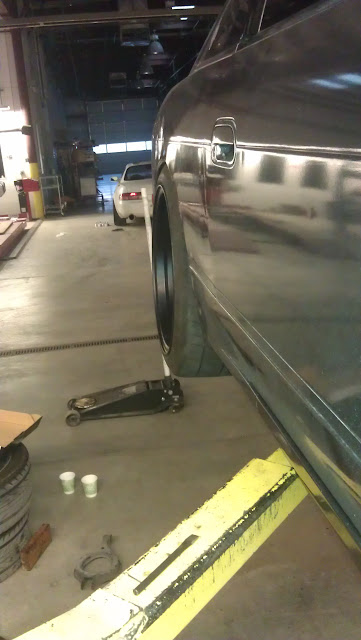 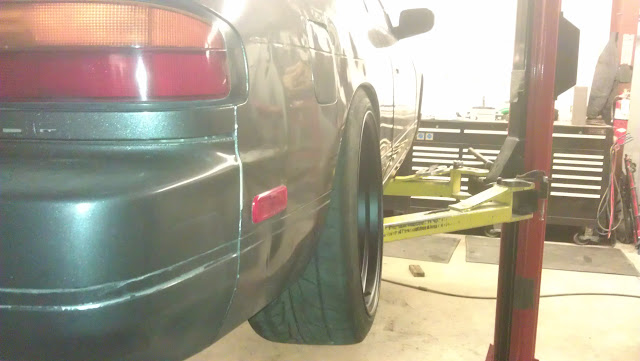 That was a big update, and I have had to be a bit hush hush about everything due to the secrecy of the film details, but since the vid drops this friday I figured I would share at least my details. More soon!
Edit 1/20/12 More pics from the wreck! 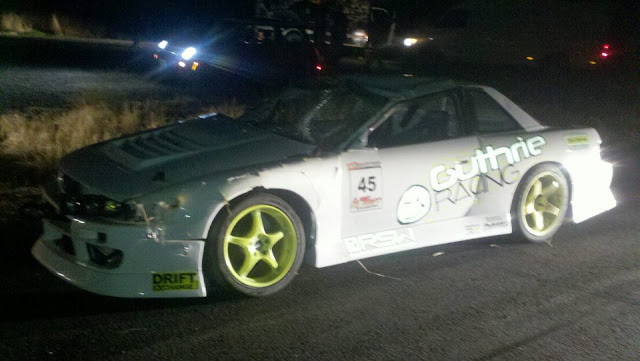 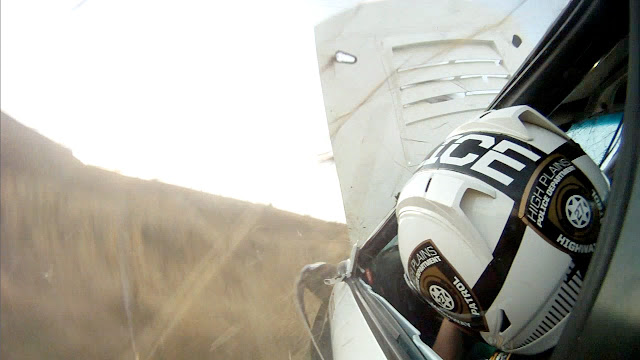