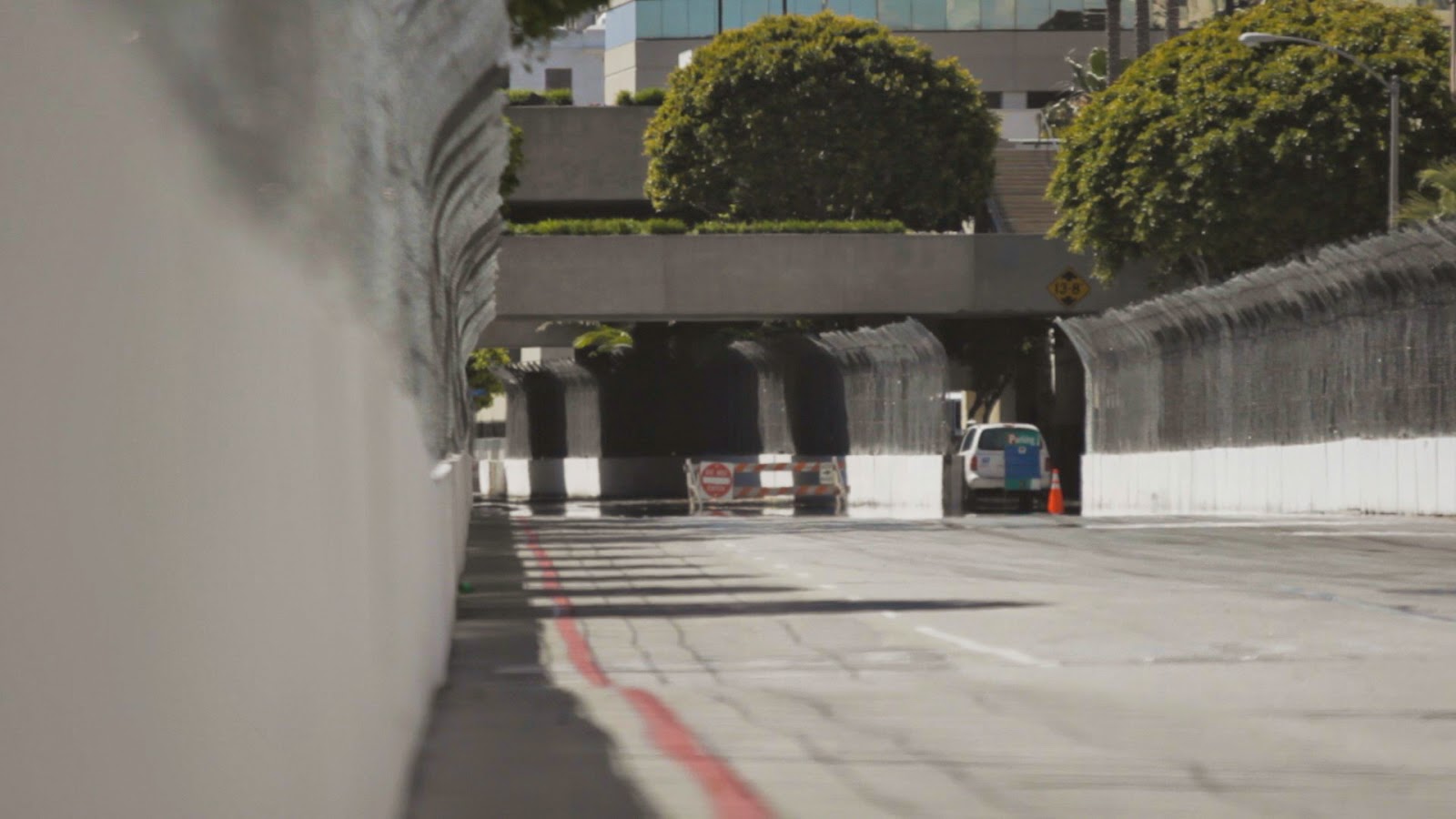 Continuing from the previous post, having just finished getting ready at the last minute to go to LBC from Albuquerque. Before you go any further, peep the video Jesse wood did.


Huge thanks again to Luigi, Keith, Aoki and Jesse for heading out there with me and putting up with my shit. Huge thanks to Metal Mulisha for lending us their van for a pit vehicle as well as clothes and tentage! Thanks dudes, you kick much ass.

I also want to say that the Hankook RS3's are a world of difference from any other tire I have used, and it is an honor to be on your team! LuigiFAB built one hell of a car to drive, The Radium engineering fuel system was flawless, the Turbo by Garrett gave me so much boost at sea level we didn't know what to do with it while the Turbosmart boost controller and wastegates made it easy to fix the overboost issues we were having,  the SPEC clutch held on to everything we could throw at it, the STATUS racing seats got more attention from fans than anything else on the car (well done guys!!!), 2one3 Graphics killed the wrap game, and I cannot wait to get the Raw Brokerage 2.8 stroker in there
We arrived in California on tues evening late, and slept near the Hankook Tires USA warehouse to pick up some tires. Paul greeted us first thing in the morning on Weds. bright and early to say hello and get us the much needed RS3's.Pauls a busy busy man, so we snapped a photo, loaded up tires and headed on out to Long Beach for our tech appt. at 2pm.

We got to the event, and like the other rookies, were situated in a paddock across the track from the pits. We were sharing some space with Mr. Andy Hatley, who got his license from Top Drift the same year I did. His car is amazing!! 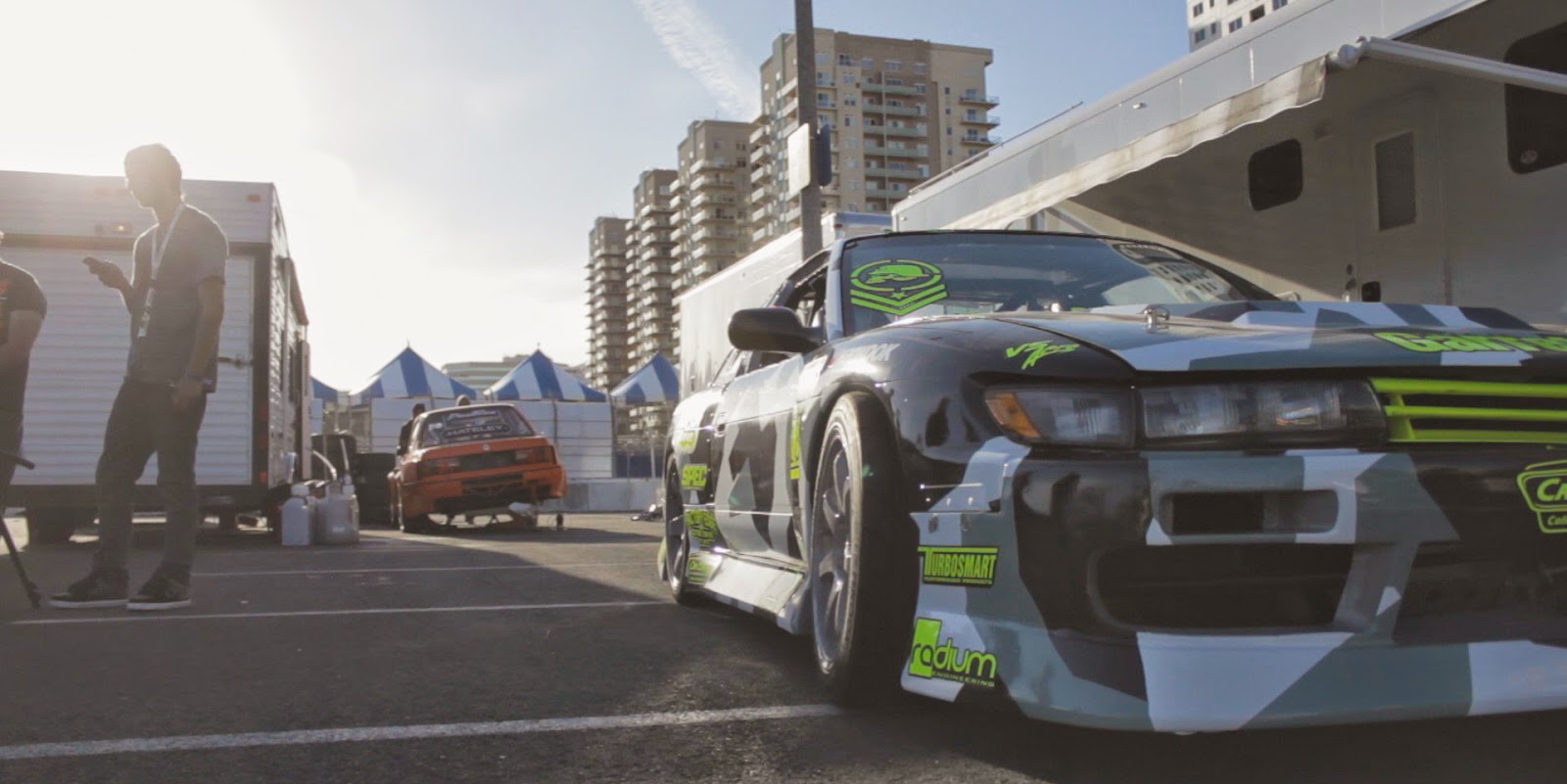 We didn't pass tech on our first try... I messed up and misread the rules on the driveshaft loop thinking the stuck carrier bearing bracket would work, and I was wrong 100% there. I also had my subframe too high in the rear. After heading to a local speed shop, we got the loop and sub frame fixed and headed to tech the next day for the passing grade.

Practice: We missed the small window to get the pit vehicle across the track, and I was without it for practice, they let me on track, but not my support vehicle right behind me. Lesson learned!!! Be there 20 early for everything.

It turns out an hour of practice is a very tough time to learn the course in. My first lap I took it easy, and just drove it to feel out the course. Second lap, line up, accelerate down the chute, and BAM car is cutting out bad, shut it down and drive through. Second lap, same thing. 3rd lap turn the boost way down, and almost kinda drift sometimes on the course. Startline guy says last run, and I take off for the last lap of practice. I barely make it all the way through the course, horrible line, no angle e-brakes everywhere.

We get back to the pits and try and fix the steering issue to no avail. It's binding up bad. Well, it's now time for qualifying.

Qualifying: I head to the line and get the go ahead from Formula Dread... Car breaks up bad all the way down the chute so instead of trying to wreck the car I take it easy and throw down an auto cross run. In all the chaos and being nervous, I forgot to turn the boost back down. #idiot

Luckily OMG Drift captured some of my autocross run :) Thanks Drew! 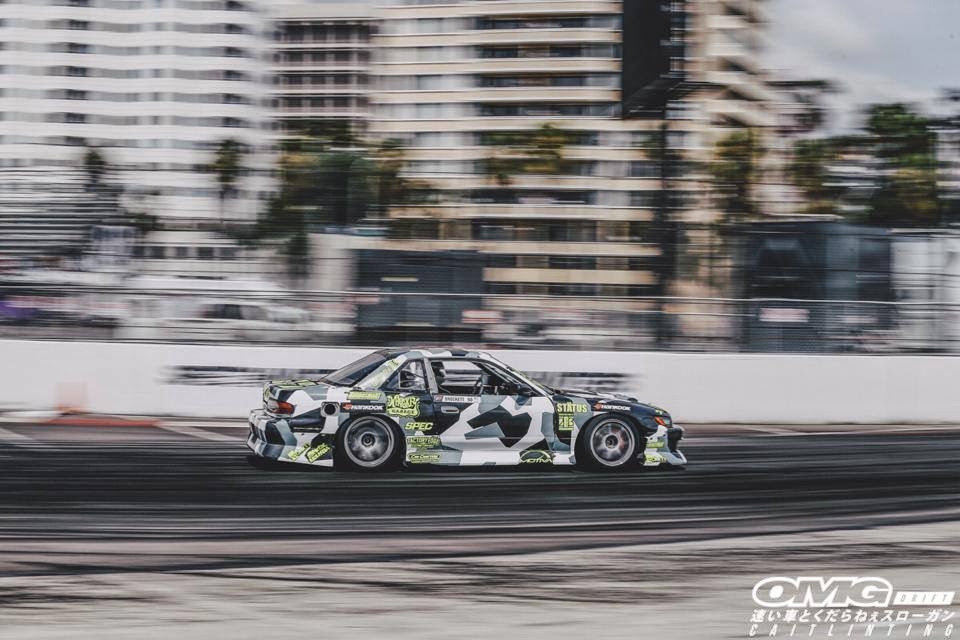 I sat in the stands and watched the rest of qualifying to get an idea of the course, since I had almost no practice on it. I got back in the car, turned the boost down, and set off for my second run... Car didn't break up! 1st, 2nd, 3rd.......... Enter, hugged the rumble strip, came out towards the first wall, flicked back to the 2nd, car was still boosting fine! Hold angle towards the last outer, gas gas gas and bam, steering rack binds :( I spin out in glorious fashion at my first ever Formula D event. Recieving 2 0's I knew the weekend was over driving wise.

Here is the sequence of events in photoform:

After qualifying, Hankook was kind enough to house my car at their booth, and thank you for that! I sat out for quite some time talking to fans about the build, the parts, and the car in general. I am glad everyone seemed to like it, thank you all!


So much love to my sponsors, thank you for everything! I learned a lot, and will get the car dialed for the next round. See you all in Atlanta!