If you don't feel like reading, at least peep this Round 2 Jesse Wood edit :) It also has an appearance by officer dan at the Radium Engineering booth!!!!


As we scrambled to get the car ready in time for round 2 (the steering rack I ordered while still in long beach hadn't arrived yet), I got a text message from Matt Field asking if I could round up some track time at Motiva Speedway. I made a few calls and dialed in tome time for us that Monday.


We were having problems with the car not centering, and being a pain in the ass to turn in general. We had tried to make changes the night before in Aokis drivway, but with no real way to align it we were just guessing. On top of that, we built a sick tire rack for inside the trailer with Aoki and his dad using old sign posts that were in his backyard. Can't thank them enough for how awesome they are!!

We hit the track monday after the dyno session at Motiva, and ended up making more changes which made the car unpredictable and harder to drive. We decided to try and find an alignment place in Atlanta when we got there.

We packed up the trailer, and Andy and I set off with Field and Mills on the 25 hour jaunt to Road Atlanta. After the long drive and good times caravaning out there, we hit up Gran Turismo East on recommend from the man and legend, Andy Sapp. Hoping we could make do with what we had we went to the track for Thursday paid practice the next day. 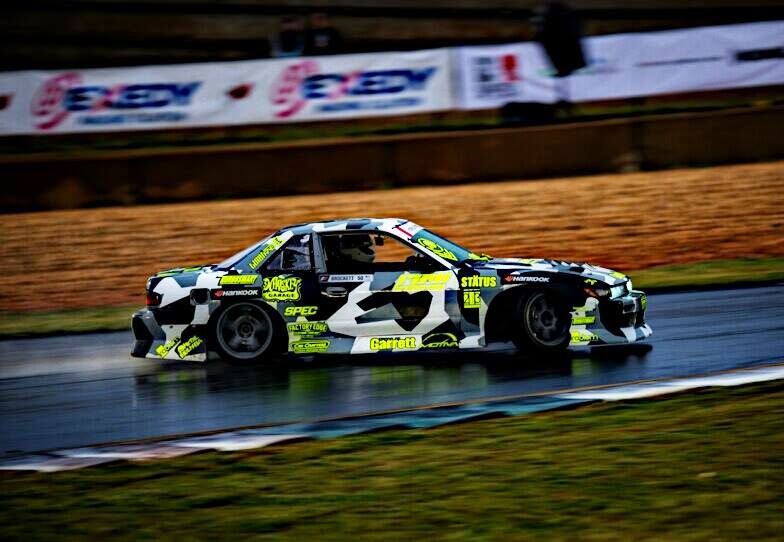 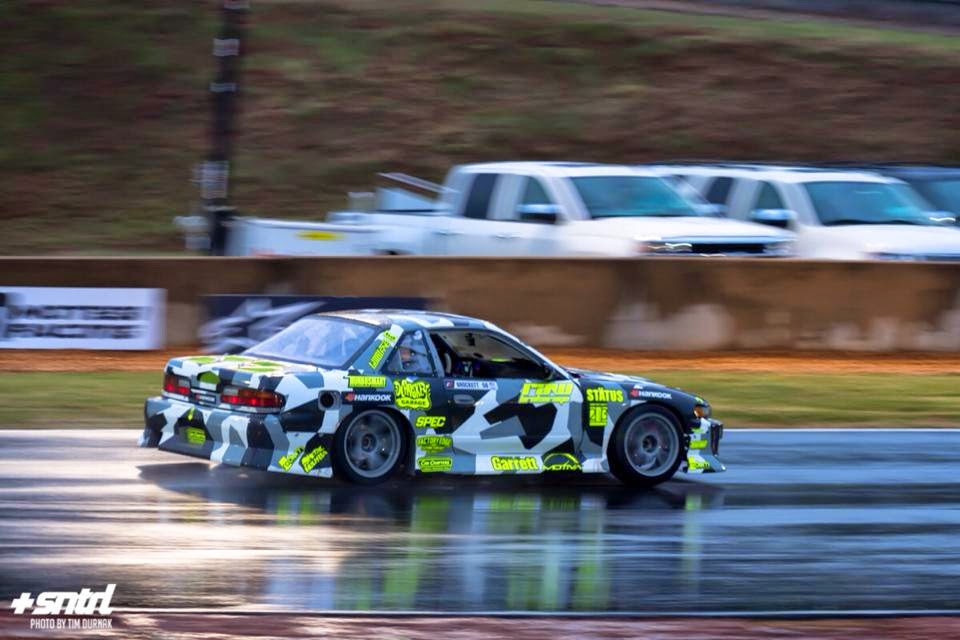 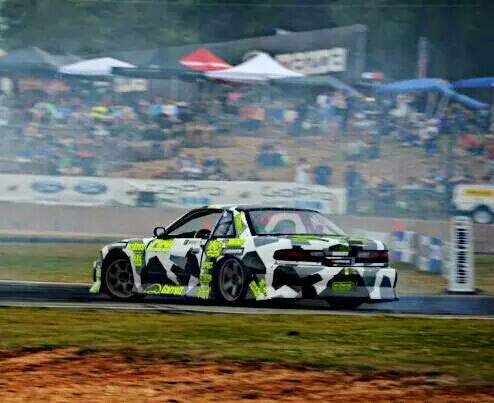 We headed out for practice and I got a few laps in with the car not feeling so good steering wise. I couldn't complete a lap, and was starting to get a bit disheartened. I made my way to the front of the line for my 4th or so run, and the car just died. We pushed her back to the truck and jumped it, then headed to the pits to see what was up.

The alternator wasn't putting out more than 8v or so, and luckily we had a spare. Which happened to also be bad. Perfect! With no real way to keep the car on we sent some crew to grab a nissan quest alternator and parts from home depot to make it work and called Thursday practice a total miss. 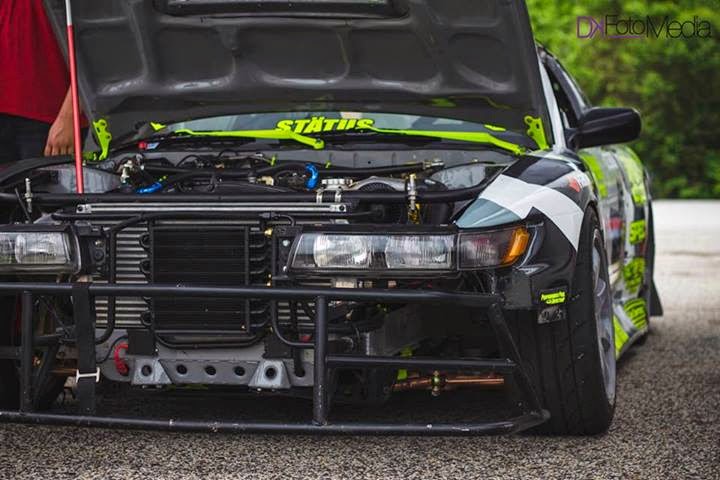 Aoki and Andy busted out the new alternator in pouring rain right before we went out for the first rounds of qual. They gave everyone a lap to see how slippery the track was, and boy was it. 360 on entry for my practice lap, and my first qual run I spun going up the hill. Second qualifying run and after a pep talk from Aoki, I headed down the hill. At this point the steering issues had gotten so bad I had about 3/4 turn each side lock to lock. I entered shallow, and made my way up the hill, where the car bounced off of the lock I had and spun me the wrong way... I cannot express how frustrating it is to drift a car that doesn't turn. And seemingly so, we had built the only s13 in existence that did not turn. The motor from the Emphasis missile car is still in the formula d car, so thanks to those guys for being cool about it!


The rest of the weekend was spent hanging out with the awesome Atlanta fans and diagnosing the front end issues we were having. I have always wanted to drive this track, and didn't really get the satisfaction I was looking for from it. I hope to see it next season.Since my crew could tell I was bummed, the chipped in and got me a suck 20% less cake. <3

And now some random fun shots from the trip! 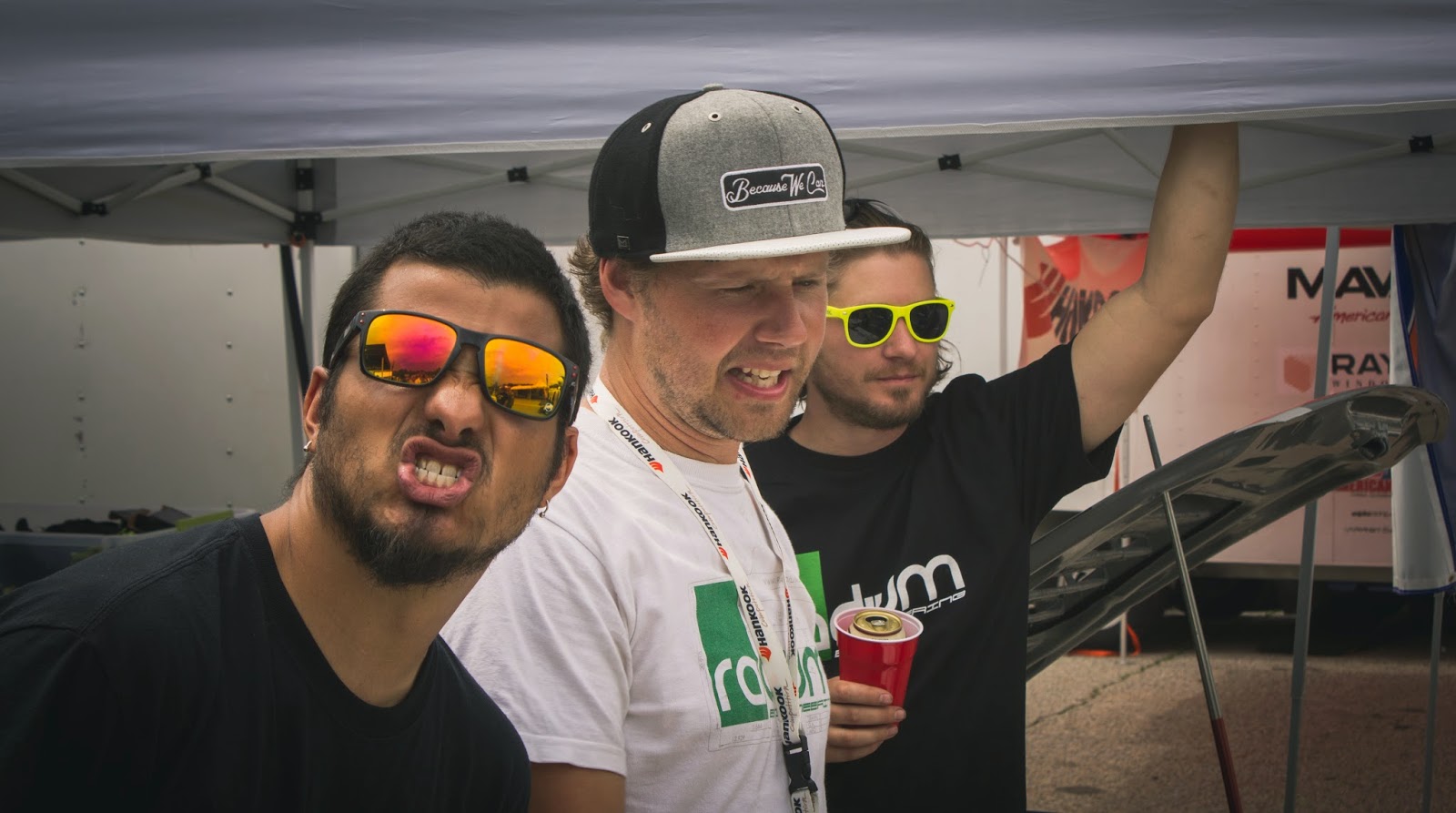 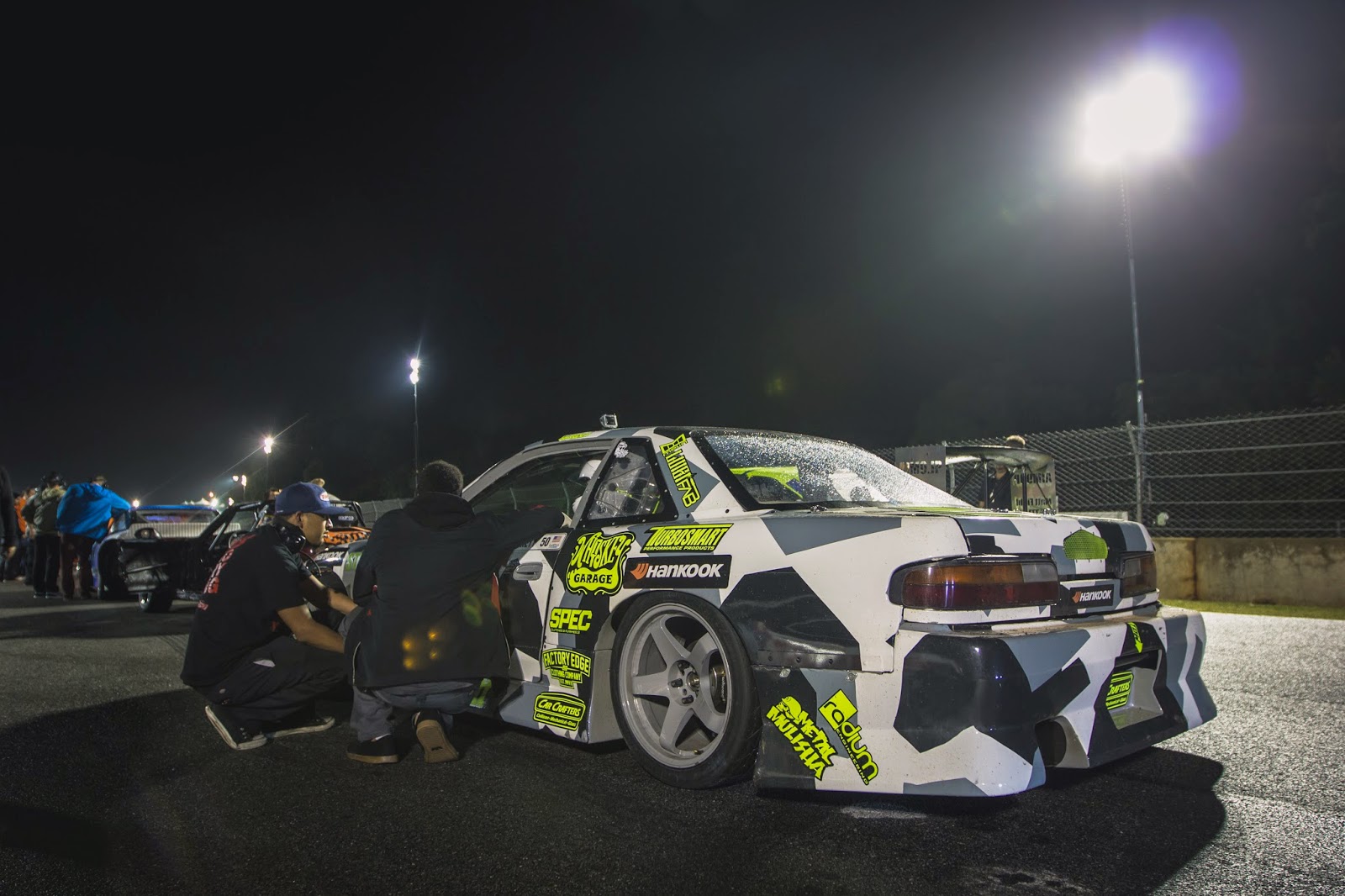 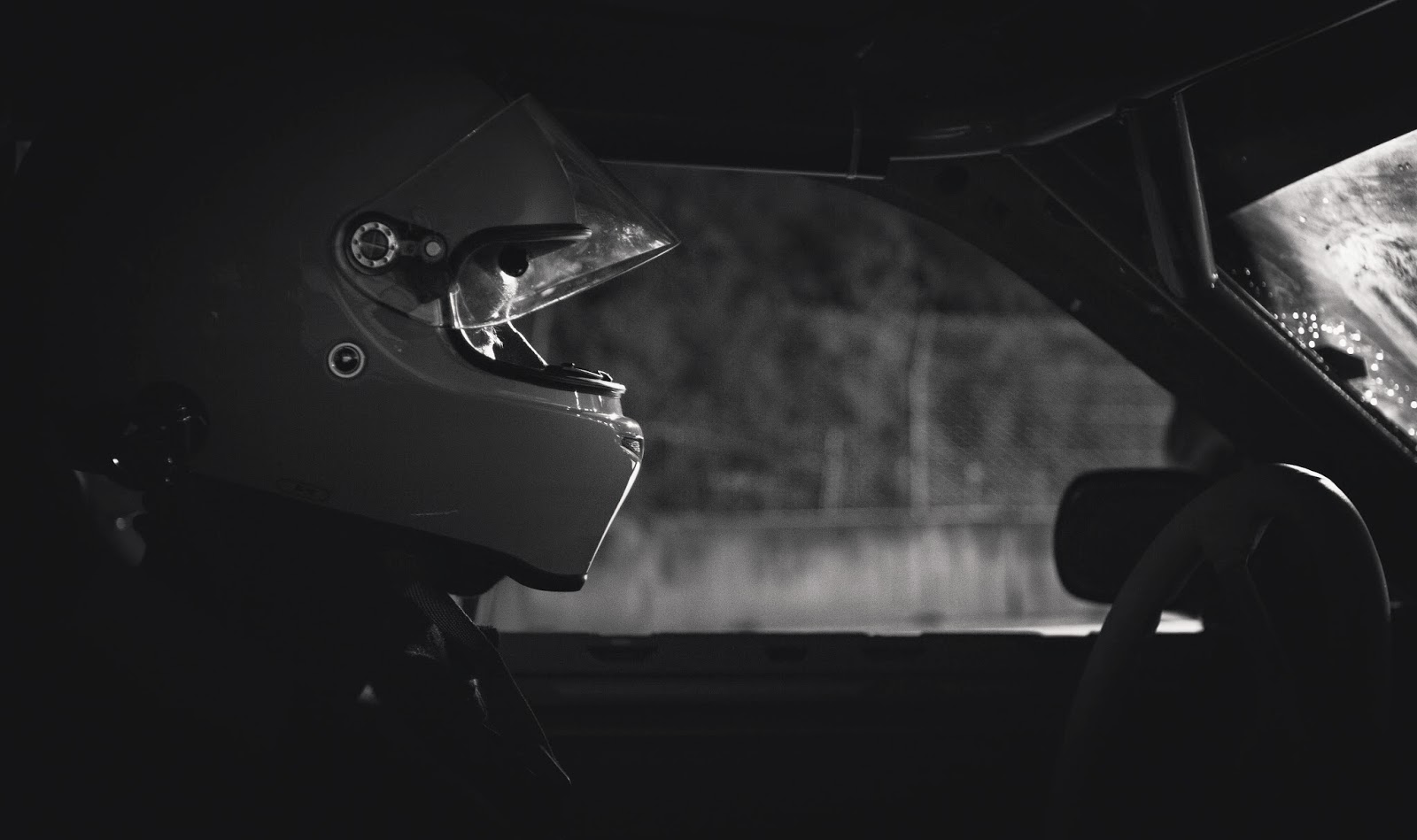 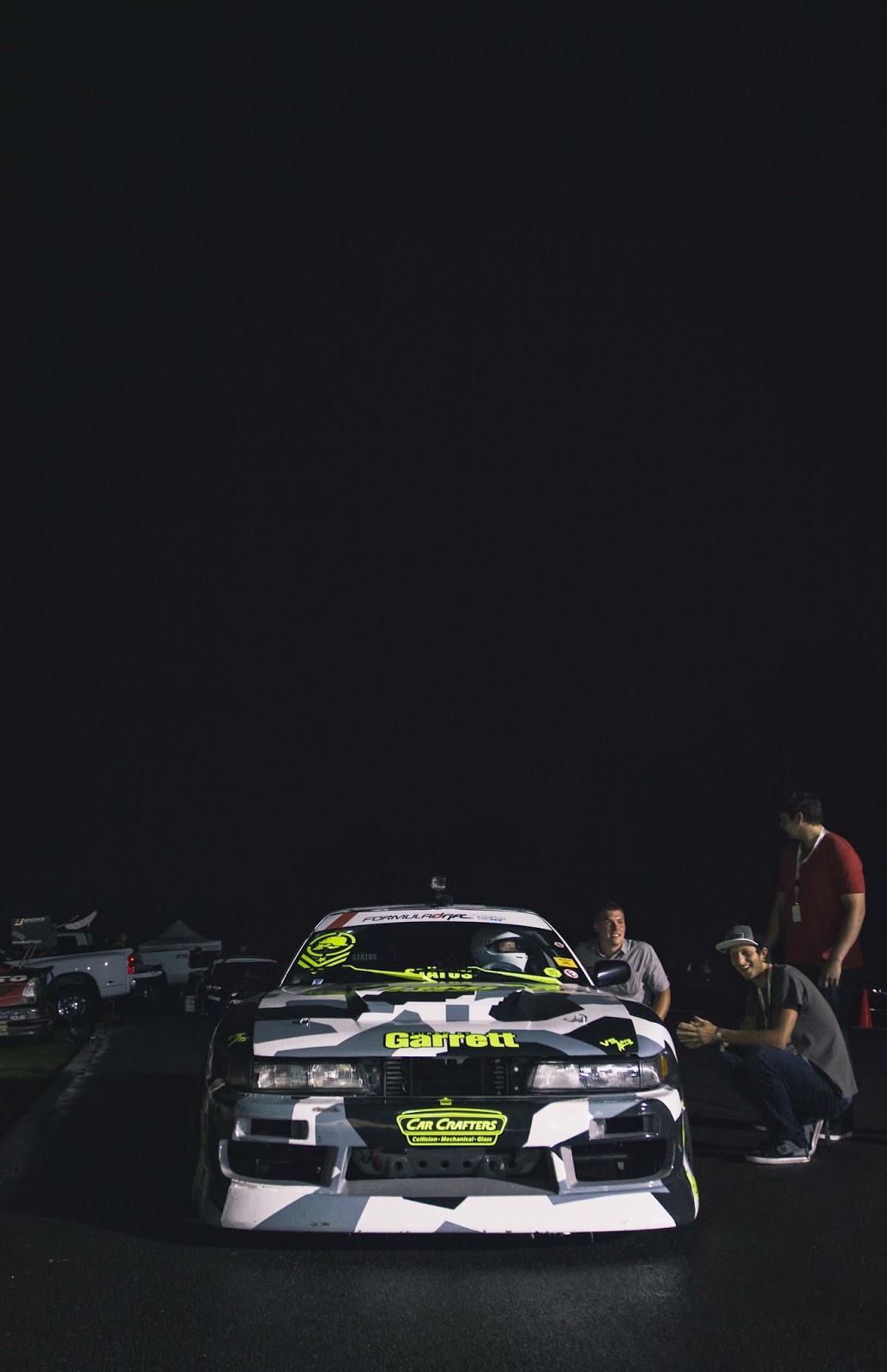 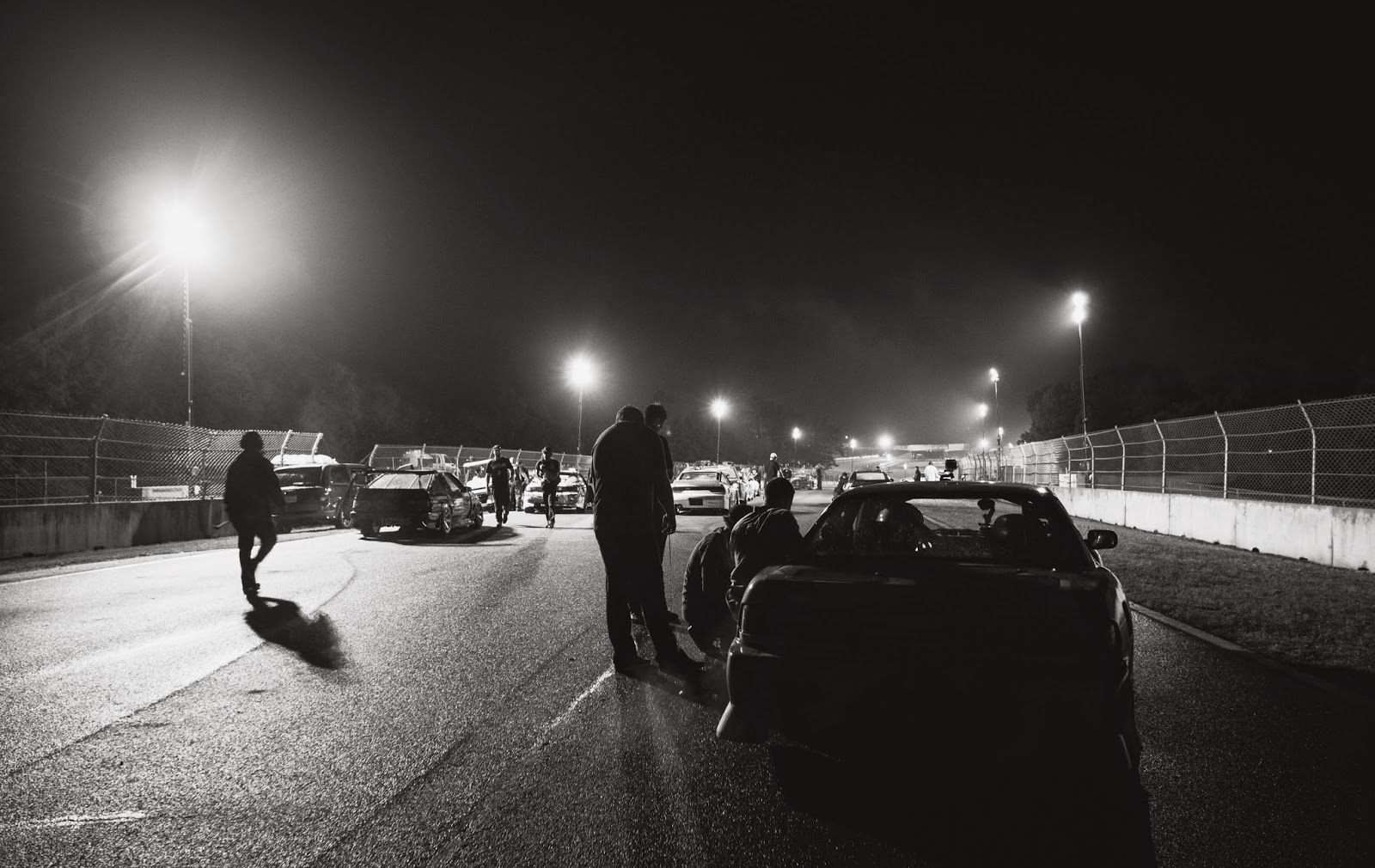 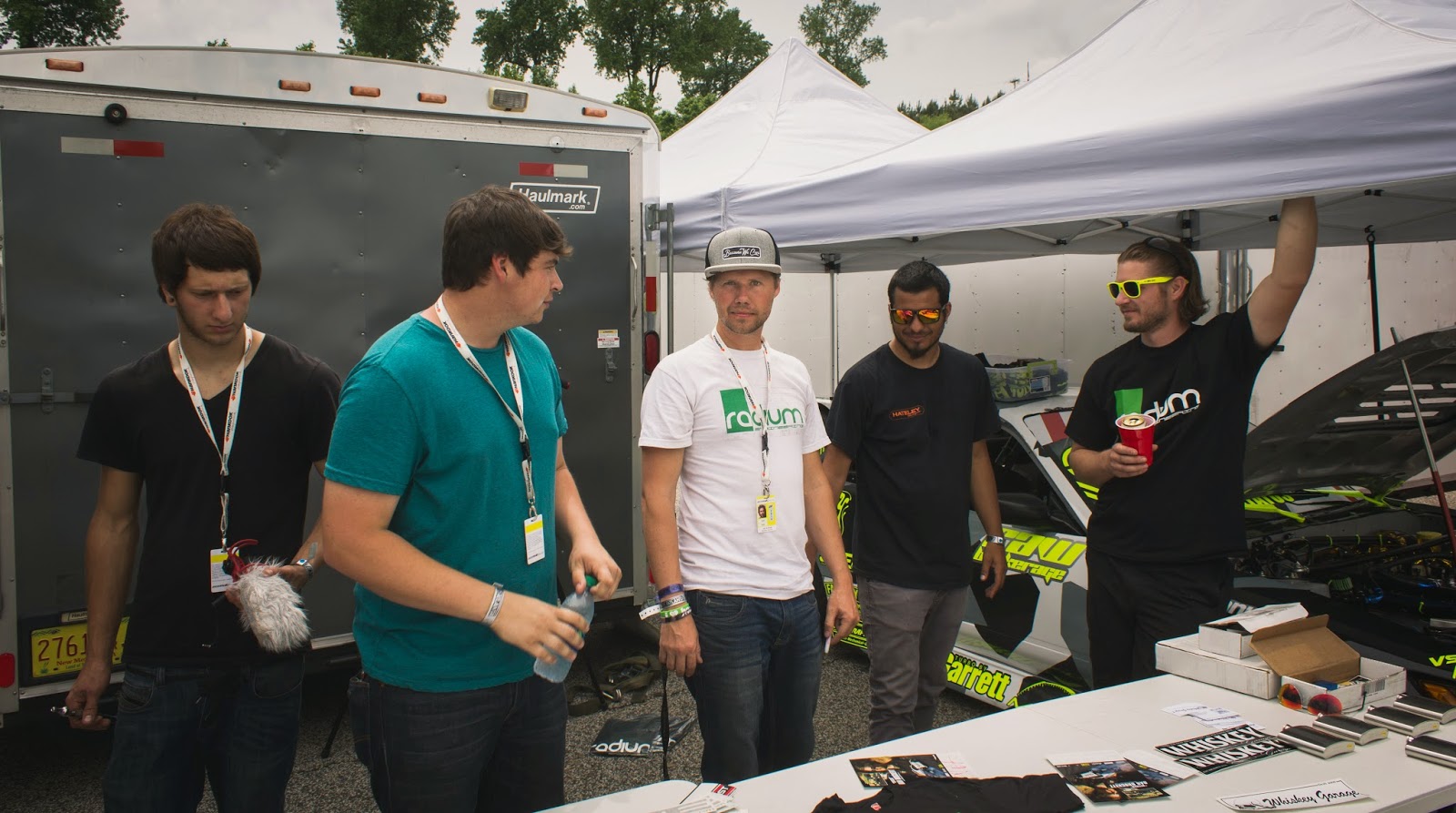 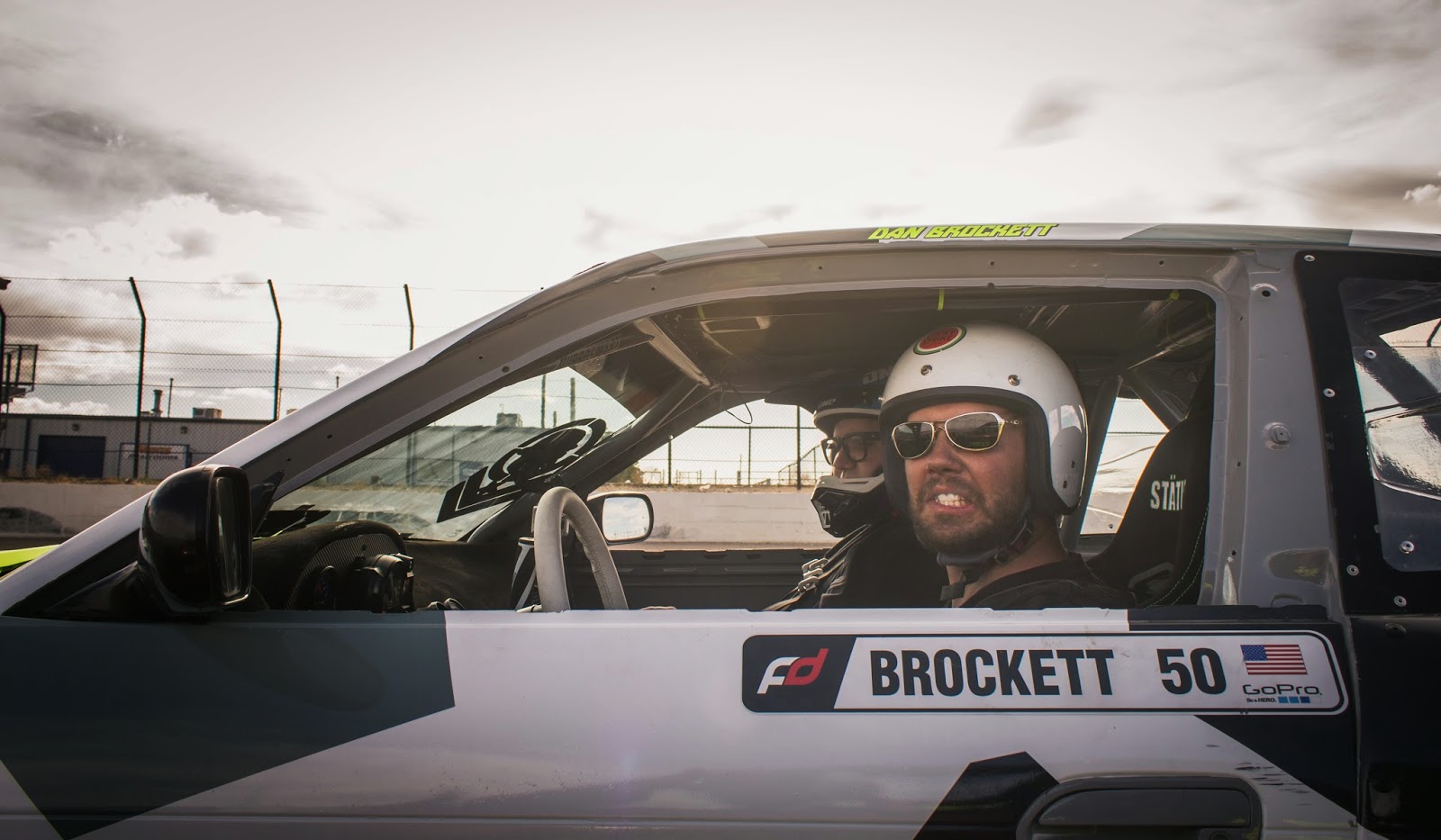 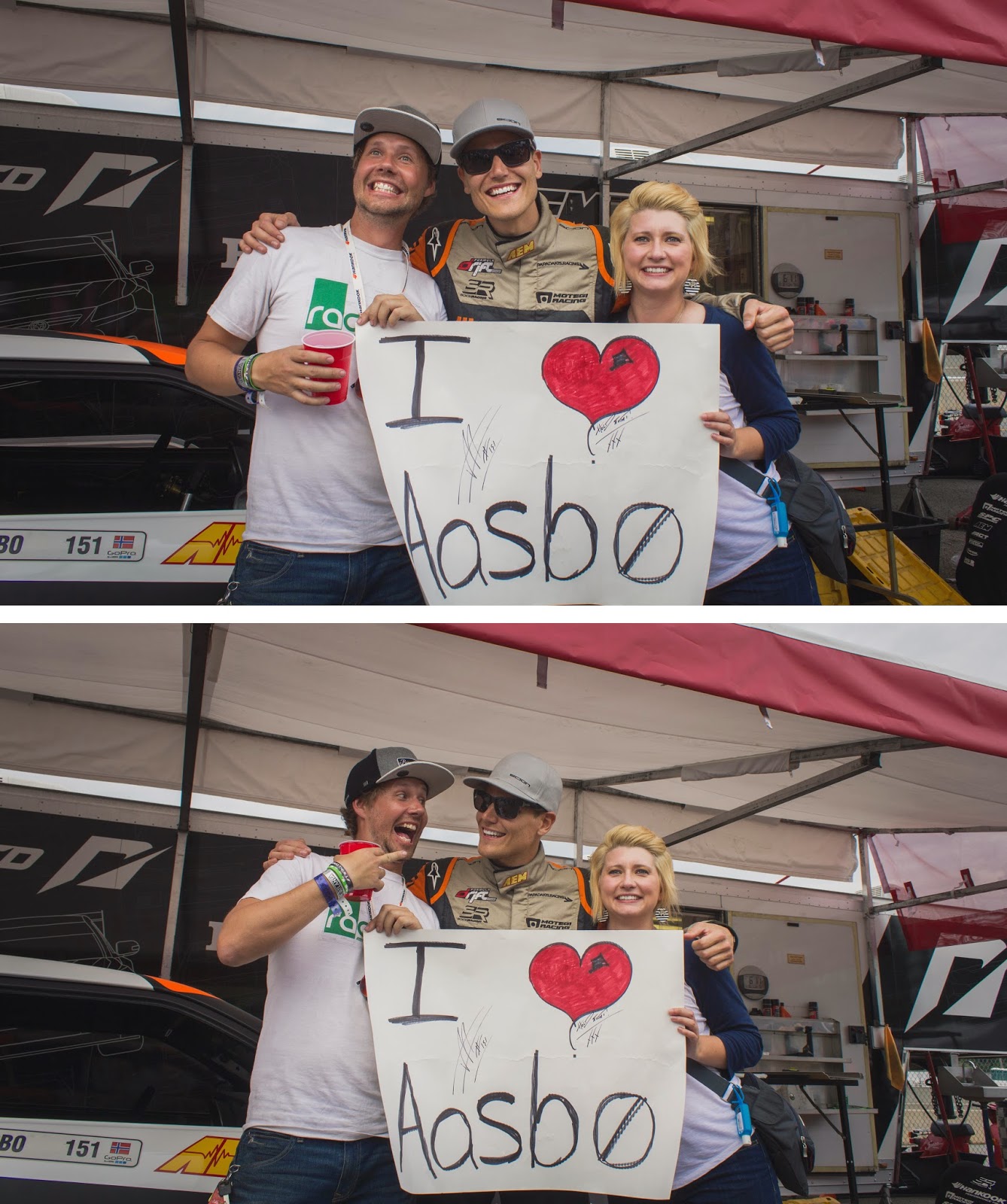 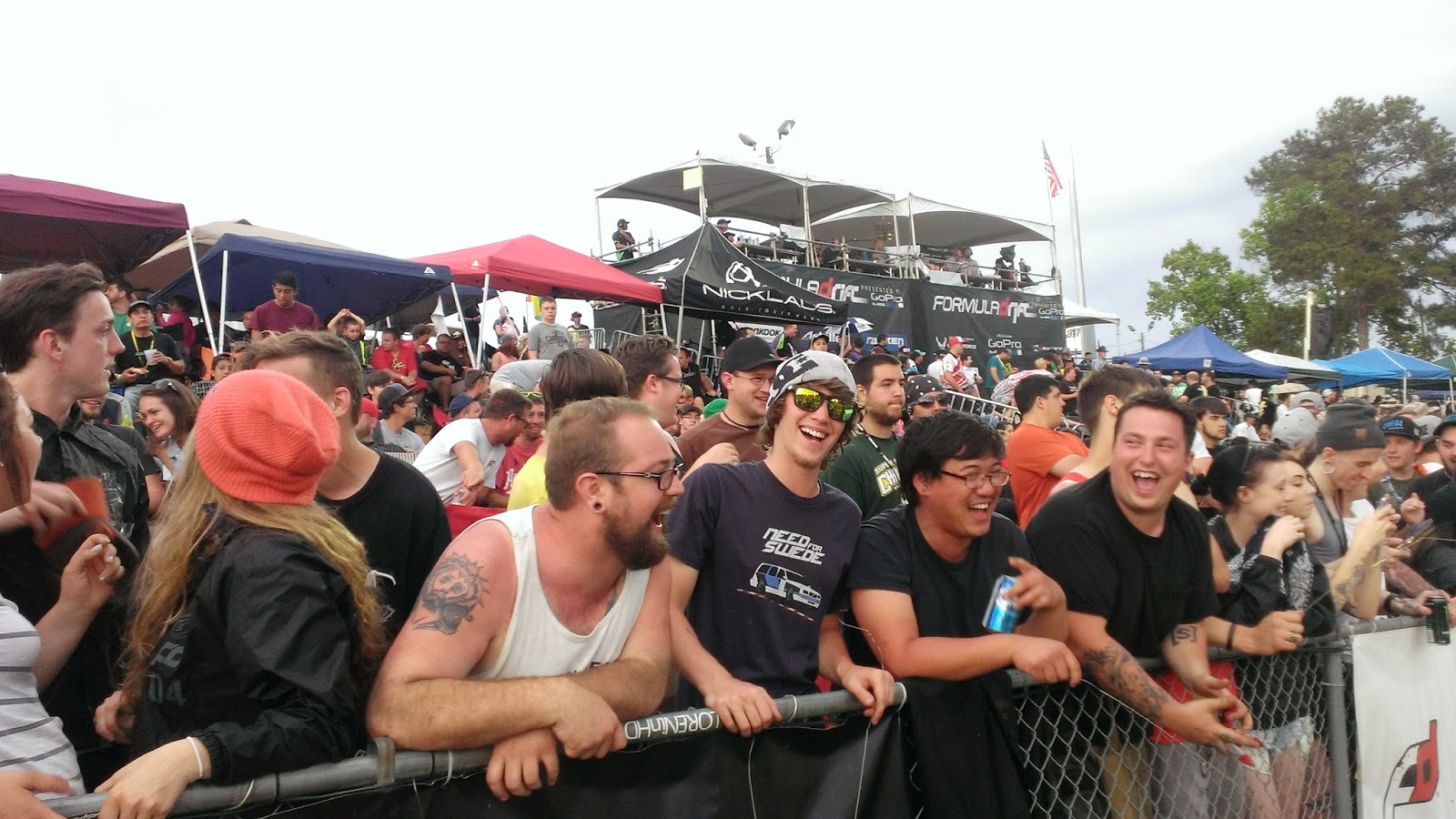